Pietà (The Lamentation of Christ)
from the Sacred Art Pilgrim Collection 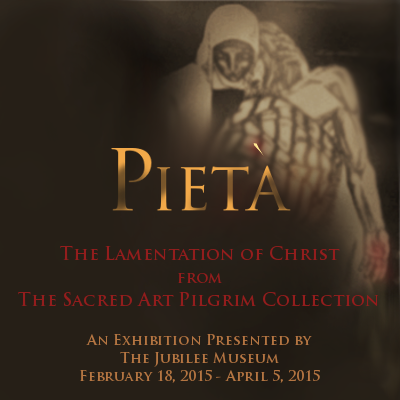 The Jubilee Museum and Catholic Cultural Center presents a new exhibition for the Lenten season: Pietà (the Lamentation of Christ) from The Sacred Art Pilgrim Collection. The exhibition will be open to the public on Ash Wednesday, February 18 and will be on view through April 5, 2015. The exhibition features 30 works of art by modern artists (created after 1900) from around the globe. Pietà offers powerful variations of traditional Lamentation scenes, where mourners gather around the body of Christ, just taken down from the Cross.

The Pietà (or Lamentation) scenes first emerged as wood carvings during the High Middle Ages in Germany, reflecting a new devotional emphasis on the sufferings of Christ. The theme reached near perfection of form in Michelangelo’s late 15th century marble sculpture in St. Peter’s Basilica, and his Pietà has inspired and challenged artists through the centuries.

The artworks in the exhibition are divergent in approach. Mater Dolorosa by Polish artist Wiktoria Gorynska (1902-1945) depicts a Virgin Mary as monumental as Michelangelo’s Pietà with the intimacy of a Virgin of Tenderness icon, where the Madonna and Child touch cheek to cheek. Gornynska was active in the Polish Underground during World War II and died in the Ravensbrück Women’s Concentration Camp.

Contemporary Lithuanian artist Antanas Kmieliauskas’ Pietà depicts the Virgin Mary with her heart pierced by seven swords as she holds the dead Christ in her lap. She is the Mother of Lithuania, whose troubled history is the subject of four side vignettes, which include a scene of Communist era deportations to Siberia and a map of Gulag sites in the Eastern Soviet Union.

The Sacred Art Pilgrim Collection is the labor of love of collector John Kohan. He describes his collection as a “record of one pilgrim’s progress in rediscovering the majesty, meaning, and mystery of sacred art…” Kohan explains that “sacred art has been pushed to the margins of contemporary culture…Modern Art has taught us to see paintings as panels covered with color. There is no need to search for meaning. We have all but forgotten that for most of the course of Western Civilization, art was viewed with a different kind of eye. It expressed universally-shared truths, especially the narratives and teachings of the Judeo-Christian tradition.”

The exhibition is organized by Graziella Marchicelli, PhD, the museum’s director of museum services and special exhibitions.

A suggested donation of $10 per person is greatly appreciated. For more information about the exhibition please call the museum at 614-600-0054. 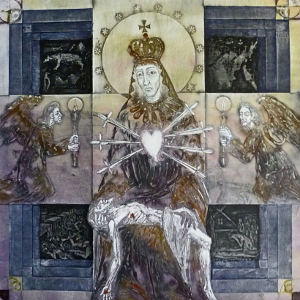 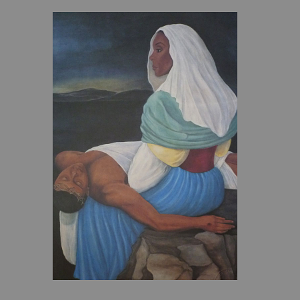 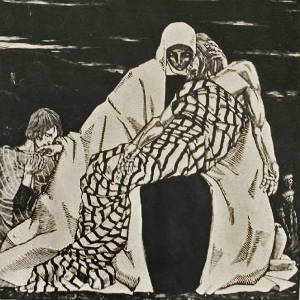 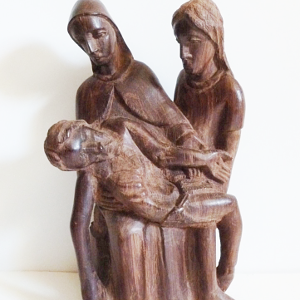 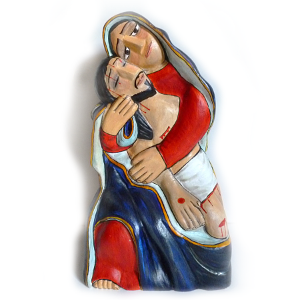 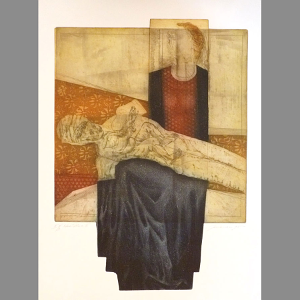