Celebration of Life:
The Sculptural Work of Alfred Tibor

The Jubilee Museum and Catholic Cultural Center is pleased to announce Celebration of Life: The Sculptural Work of Alfred Tibor, an exhibition on loan from the collection of Argo & Lehne Jewelers. The show will be open to the public from April 18 through June 14, 2015.

Columbus artist Alfred Tibor is an internationally recognized sculptor whose work is included in museums and private collections across the globe, from Columbus to Belgium, Brazil and Jerusalem, where his artwork is included in Yad Vashem, Israel’s official memorial to the victims of the Holocaust. The artist has received such awards as the 2005 Ohioana Pegasus Award and the lifetime achievement award from the Liturgical Art Guild.

Alfred Tibor survived the Holocaust and six years in a Russian Gulag, and then arrived with his family in the United States in 1957 as one of many Hungarian refugees. These extraordinary trials have informed Tibor’s direction as an artist: “I find I am often asked who or what influenced my style and subject selection. The true answer is I am self-taught in this regard from my firsthand experience during World War II and being witness to its aftermath. There is no greater instructor than life.” From incredible tribulation, Tibor has concluded this: “I believe that my life was spared to do work so people may enjoy it. Whether it is one of my Holocaust sculptures, a biblical figure, or a woman standing proud and tall, the human aspect of the piece is what is being expressed to the viewer – that there is beauty and value to be found in all our lives, for I truly believe that life is a celebration.”

The exhibition features 24 sculptures. Tibor’s artwork varies in subject matter but is constant in its embrace of humanity. Great Expectation, a bronze sculpture, depicts a pregnant woman tenderly holding her belly. Dancing Mother, a work of alabaster, shows a mother holding her child while she dances playfully. A small bronze of a Rabbi embracing the Torah is entitled Treasure, about which the artist said, “The Torah and mankind are one and the prayer shawl covers both.”

Born Alfred Goldstein in Konyar, Hungary in 1920, Alfred Tibor was subjected to the full brunt of Nazi brutality. Enslaved by the Germans, then later taken prisoner by the Russians, he survived the inhumanity of the prison camps. Returning to Budapest in 1947, he discovered only one other family member had survived, his brother Endre. In 1954, the two brothers, Alfred and Endre, officially changed their last name to Tibor, in honor of their oldest brother Tibor Goldstein.

By 1956, fearing that communist rule in Hungary would fuel another persecution towards Jews, Tibor made the decision to escape to the west with his wife and two children. They arrived penniless but free in the United States. For the next 18 years, Tibor worked to raise his family and achieve financial security. In 1974, freed from many of his prior responsibilities he was finally able to turn his attention to other artistic interests. His talents have proved varied as well as prolific.

Robert W. Argo, a close friend of Tibor’s wrote this about the artist: “Growing up in a family of fine jewelers, I was fortunate to be surrounded by beautiful workmanship. My appreciation for the artistry behind jewelry contributed to my interest in many other media including painting and sculpture. I was inspired to dedicate space in our store to other art. By chance in 2011, Alfred Tibor’s work was presented to me and it was the exact design style I had previously envisioned. Each piece highlights life’s celebrations, just as jewelry celebrates occasions. I immediately agreed to place his pieces amongst our showcases. My relationship with Alfred began as an admiration and has developed into a true friendship.”

A suggested donation of $10 per person is greatly appreciated. 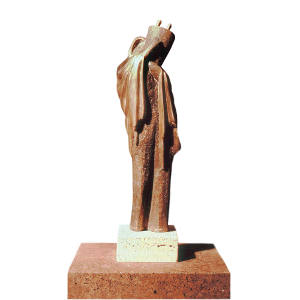 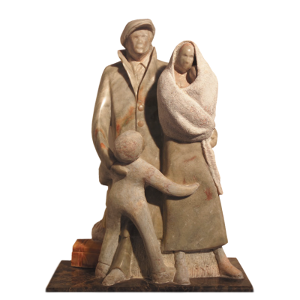 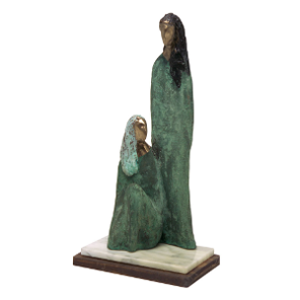 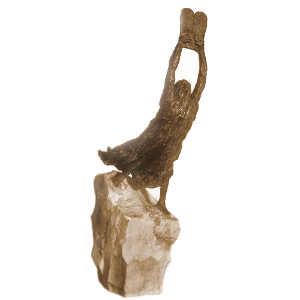 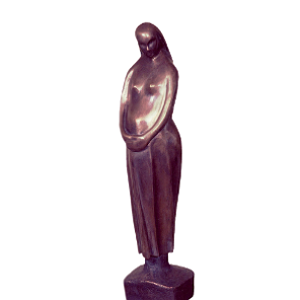 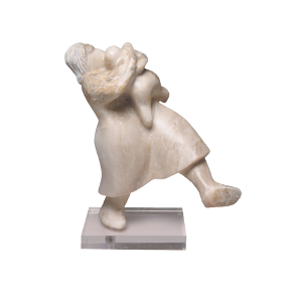 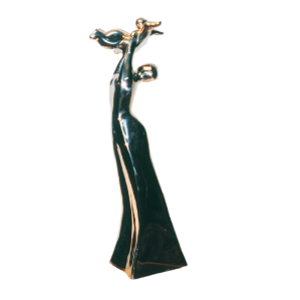 « Previous Exhibition
"Pietà (The Lamentation of Christ) from the Sacred Art Pilgrim Collection"
Next Exhibition »
"Sadao Watanabe: The Bible in Japanese Prints"